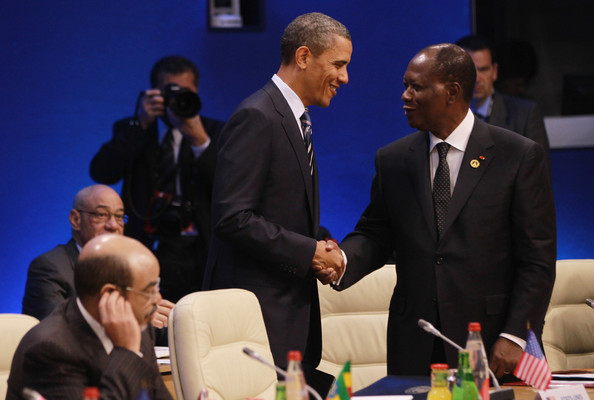 President Barack Obama has invited 47 African Heads of State to come to Washington during August 5th – 6th for a Summit around US – Africa Trade. President Obama invited leaders from across the African continent with the aim of strengthening ties with one of the world’s fastest growing regions. The Summit is also a direct follow-up on the President’s trip to Senegal, Tanzania and South Africa between June 27 and July 2, of 2013.

This very historic meeting, is aimed at increasing US trade with Africa, stimulating job growth in the U.S., and promoting the economic development on the continent with the assistance of American companies in the areas of energy and power generation, agriculture, telecommunications as well as in other much needed areas. The idea for the Summit (a White House Conference on Africa) was actually proposed to President Obama at the outset of his presidency in early 2009 by the Constituency for Africa!

In the past, the approach by African countries to the United States was generally on a country by country basis -- lobbying for bilateral support. Often the support requests came in the form of food aid, refugee assistance and other forms of humanitarian aid, to address famine, civil war or other crises that might be occurring. It also came in the form of weapons to combat insurgencies and coup d’état in these countries! From the US stand-point the aid was often provided based purely on those African countries’ opposition to Russia and other cold-war enemies, and not based on the essential economic and social development of their citizens. It did not matter if the country was democratic or not; whether the aid would be syphoned off or stolen by the leaders; or if the designated populations ever received the aid. It was all about the rhetoric!

Today much has changed -- and as much as Africa needs the United States, the United States now need Africa! Over the past 20 years, Africa has emerged as a primary trading partner for many countries, most notably China (which has invested billions in the development of African infrastructure in exchange for natural resources), as well as for India, Brazil, Turkey, South Korea, Japan, Malaysia and other countries seeking oil, gas, coal, diamonds and increasing markets to sell products. Things have gotten very competitive now, and it is no longer a given that the United States can generate influence, and get whatever it wants in Africa!

To maximize the opportunity for a successful Summit, African countries “must” caucus with one another on a regional basis and then take advantage of the African Union Summit in Malabo, Equatorial Guinea in July, to determine what it really wants from the United States that will advance the social and economic agenda of the continent. The African Union which is headquartered in Addis Ababa, Ethiopia, is well positioned to facilitate a regional consultative process across the continent in partnership with the following regional economic bodies:

African leadership would also be wise to consult with their Diaspora friends and colleagues in the United States as part of the process, including with the Congressional Black Caucus and with Diaspora leaders focused on economic development including the Constituency for Africa (CFA).

It also remains to be seen how well the African Heads of State Summit will be organized by the Obama Administration. Thus far there have been unsettling rumors that African-Americans and others in the Diaspora are being left entirely out of the process, as have small and medium and minority business.

Clearly work remains to be done on both sides of the Atlantic if the African Heads of State Summit is to be successful in August. However, at the end of the day it will largely be up to Africa and the African countries if a strong and mutually beneficial relationship is to be had with the United States of America.