US says 168 million children are laborers 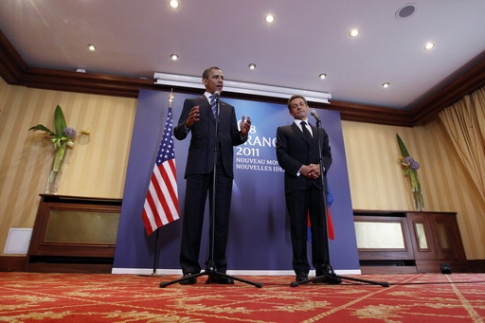 © US says 168 million children are laborers

WASHINGTON (AP) -- The Labor Department reported Tuesday that about 168 million children, aged 5 to 7, worked last year as laborers around the world, about half of them in hazardous jobs.

The report on child labor in 140 countries called this an improvement from previous years. But while the decline is a move in the right direction, 10 percent of the world's children still are being forced to work rather than go to school, the department said.

Labor Secretary Thomas Perez says the world needs to do more to address the issue. The report doesn't include the United States or countries in Western Europe.

"This report shines a light on the estimated 168 million children around the world who toil in the shadows - crawling underground in mine shafts, sewing in textile factories or serving in households as domestic workers," Perez said. "We are seeing more countries take action to address the issue, but the world can and must do more to accelerate these efforts. When children are learning rather than working, families flourish, economies grow and nations prosper."

Of the 168 million child laborers, 85 million of them work at hazardous jobs, the agency said.

"We are seeing more countries take actions to address the issue, but the world can and must do more to accelerate these efforts," Perez told reporters in releasing the 958-page report.

The report is done annually under terms of a trade law passed in 2000 that requires the agency to determine which countries are eligible for trade benefits from the United States. These benefits are denied to countries with the worst child-labor practices.

The countries at the bottom of the list with "no advancement" in child-labor practices included: British Virgin Islands, Central African Republic, the Republic of Congo, Cook Islands, Eritrea, the Falkland Islands, Montserrat and Norfolk Island.

"This is not a 'gotcha' exercise. We hope we can make progress," Perez said. Childhood is supposed to be a time of "wonder, adventure and possibility," he said.